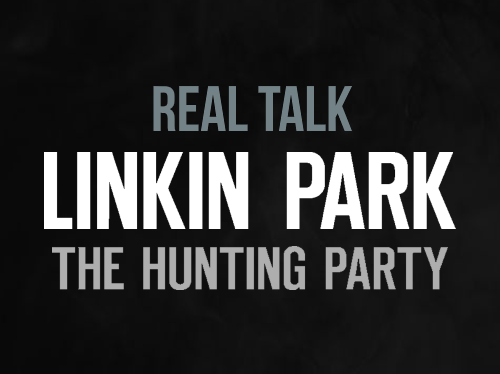 Being the most recent Linkin Park album, there are probably a lot of varying opinions, even if the album is a few years old now.

Discussion isn’t limited to just the music on the album itself, it can be it’s promotion, artwork, music videos, or anything else linking to the album.

##What Should the Next “Real Talk” Topic Discuss?
We’re going to be doing LPU albums next week, for the reason stated above. There will be a new poll in that post.

[image] For the start of these new series of discussion topics on Linkin Park albums, I wanted to start with Recharged. The album seems to sometimes be more controversial between Linkin Park fans than Minutes to Midnight was when it first came out. Discussion isn’t limited to just the music on the album itself, it can be it’s promotion, artwork, music videos, or anything else linking to the album. ##What Should the Next “Real Talk” Topic Discuss? These don’t have to be only about albums, it …

I am hoping to do B.O.T.S LPU Albums after champions league is done

I really like The Hunting Party. When it first came out I was kinda iffy on it, though.

The album has a lot of jarring sounds in between songs that make me skip them often, even if the song is good. Like the end of Keys to the Kingdom, weird little interlude then the little kid. Obviously that one doesn’t make me dislike listening to it, but then All for Nothing has that loud guitar at the beginning, too. A lot of it just seems unneeded.

This album took a bit of getting used to for me. Once I got used to it I started to like it quite a bit. I still don’t see why ALITS is a fan fav; personally it’s too long for me.

I’ve said this before and I’ve gotten a lot of hate for it but I consider THP the strongest album of their career, I think it’s better than HT. (Don’t hate on me, just my opinion, I know it sounds weird but that’s just how I feel).

At the beginning, I wasn’t fond of the idea of bringing other people in, then I realized Mike and Brad were on their own and needed help with it (yes, to me, THP is an album Mike and Brad wrote and the others just contributed a bit, aka recorded their parts). Sounds harsh, but it’s what they showed.

Musically, I love it. I love it cause Brad plays guitar again, I love it for the heavy sounds (why did they promote LT as the “heaviest” album?) and the randomness (kid on KTTK for example). I honestly believe these are some of the best songs ever. AFN, ALITS, KTTK, FM… masterpieces.
Huge plus, it’s self produced (I was waiting for it to happen for years) and it’s recorded on tape, old school.

Lyrically, not their strongest but still good.
I hated the promotion for it though, I felt like they didn’t make much effort. No bundles, no teasers, no crazy scavenger hunts/solve the puzzle/find clues/whatever else they had us used to. No making of (which I believe has to do with them not wanting to show just two people working on it all the time), lack of music videos.

Bad tour. Europe 3 times (or was it more?), couple of summer fest shows for the US and a major fallout on the grand North American tour. 5 China dates… That’s it. (Don’t get me wrong, I fully understand they have other more important stuff to tend to than tour excessively, but they could have switched all those European tours with a run in Asia and AUS/NZ).

Besides the bad tour, I think this album gave them opportunity to experiment some more with the setlist and I can say I really liked the outcome.

I think that’s all

There’s definitely a strong vibe of confidence with this album that I haven’t really seen with other albums. I know they’re proud of (mostly) everything, but this album felt different. I still enjoy Hybrid Theory and Meteora more, though

Promotion did kinda suck. Wasn’t this their worst selling album? I really hope they have better promotion with this upcoming one when it’s actually announced/about to be announced. So far with the studio updates they’ve been doing good

I’m sure that what they say about even 1 person not liking a certain song or whatever they wouldn’t put it out, is true. And I got this feeling too, they were different, I felt like they were enjoying themselves a lot and wanted to talk about it and the process. (Even though, I believe it was entirely written by Mike and Brad, they all stuck with it, maybe cause they felt it was THAT good and didn’t wanna ruin anything, who knows).

Their marketing plans are lame in general lately, not just when it comes to albums, but we’ll see with this one.
I read an interesting article on NME the other day saying how some bands prefer to just disappear from the face of the earth and suddenly drop a new album (i.e Radiohead) or tease and update the fans every few weeks (i.e LP).

Going back to the music video thing you said earlier (because I forgot to mention it in the last reply), their videos have mostly kinda sucked lately, and not just for this album.

We’ve gotten like 3 normal music videos out of the 9 singles from the last two albums.

Lost in the Echo was that gimmicky Facebook thing, which wasn’t that bad, I guess, Powerless was that weird Abraham Lincoln movie thing (and then I think reused for another movie), and Castle of Glass was for Medal of Honor, I think. So we got Burn it Down.

Then this album we got Until it’s Gone and Final Masquerade. We got those lyric videos, and that weird video game thing, and the UFC video, too, but they all kinda suck in the sense of a music video.

Before those we had the Transformers music video for Iridescent, which kinda shouldn’t count, and the Burning in the Skies video was weird, and not really ever actually acknowledged that I know of. I remember a ton of people thinking the music video was fake at first.

I hope we get better music videos this time around. Maybe this discussion belongs elsewhere, got off topic.

Personally I don’t care for music videos at all. They’re fun to watch once or twice, but the music itself is more important that the video I think.

That’s a good test of fan dedication, if you knew of it then you count

Personally I don’t care for music videos at all. They’re fun to watch once or twice, but the music itself is more important that the video I think.

That depends on the vid. For example, all of Red’s most recent vids actually tell a story and are interconnected.

I instantly loved THP when I first listened to it, the heaviness, the aggression, the screaming. You can feel the passion and emotion when you listen form start to finish.
In my opinion, THP has the best instrumentation of all LP albums, especially Rob’s drumming!
The most disappointing thing during the cycle was the boring promotion and the tour setlist. They shouldn’t have played shortened songs, and I would have liked to see more THP songs being played.

so guys, after all I like to mention
#this
THP is kinda WAKE-UP-CALL…if ya listen carefully, that means even the childish blurb at the end of kttk or the rest bridges, [did ya ever considered, they share the laughing of one of their BABIES there???

] My first guess btw, would be nice to get at last! It is imo a bill they give to society to tell them WE [LP] goes on, like you SOLDIER

do, their own and our responsability, there I arrive at a very serious theme, calls GOD - AWARENESS etcx Call me whatever, theres a message inside this all, we are supposed to get it I guess

*** EVERY SONG HAS A SPECIAL; SM A very SPECIAL MEANING TO Me
AND it last at least 45 mins, my daily bathroom time, I need no clock, with the last uprising from A line in theSand I know, I´ve to finish and leave for work, lol

my story to thp…and the tour at munich was my 1. M&G

Edit: Artwork from the booklet 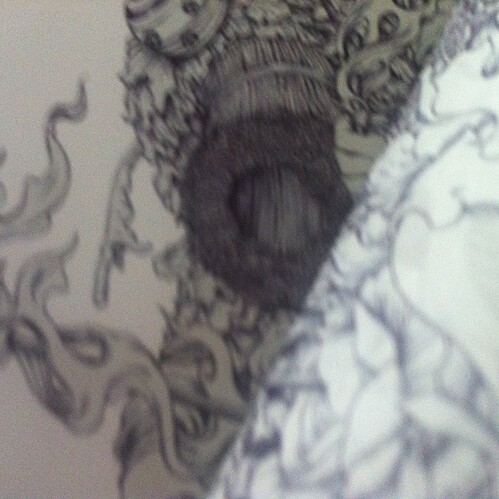 so right now, me again, to talk ab thp and why THIS ONE is epic to me:

thp-album walks over my road one day, I wasn´t suppossed to find it that soon , but at least I bought the album…lol

final masquerade as first single is upset and overrated, it is just a nice, small balade…

after exploring it carefully, I found the thp-powerbooster-setup-switch

till then I´m infected by this…thp…

THP was their most mature album alongwith ats in terms of instrumentation. Sometimes,when I listen to songs like MTG and ALITS,I can’t believe this is LP. They showed us with this album that they can make progressive music. If an LP hater came up to me and said how Lp is not talented I would proudly play this album for him/her.
Unfortunately not many people including fans know that this album even exists.Wish that they had worked on the promotion of this album.
P.S. I dont mind the production on this album.It actually gives a raw and old-school feeling.

Unfortunately not many people including fans know that this album even exists.

I never knew that!! This is so sad.

Yes that’s true. I saw a comment under the Heavy video and it said,"its too bad that the last 3 albums have been so soft and poppy.This is going to be the fourth one. "

One of my best friends has always been a huge LP fan but he doesn’t like the newest ones, this one included. He actually likes Heavy, haven’t gotten a chance to ask if he likes BS, but THP was on his list of albums he doesn’t like. Maybe because it has a punk edge to it? I personally love it, listened to it over and over and over when I’d first bought it

don’t understand how people haven’t heard it though. Fans should definitely listen.