After leaving everyone with the April Fool’s discussion for nearly a month (sorry about that), here we are again with Minutes to Midnight! I’m sure a lot of people have a lot to say about this album, so I’m excited to see where this topic goes. Hopefully since I’m doing this on my day off this week, I can actually make the next one happen a week from now and not a month from now.

Like in the past, discussion isn’t limited to just the music. Anything related to the album such as its promotion, artwork, music videos, etc. is fair game.

##What Should the Next “Real Talk” Topic Discuss?
These discussions don’t have to be limited to albums. If you have other suggestions, feel free to say something!

[image] The long awaited continuation of the “Real Talk” topics is here, this time with A Thousand Suns! It’s been over half a year since the last topic, but better late than never. On the last discussion, A Thousand Suns was the most voted for on the topic of which album should be discussed next, so here we go! Like in the past, discussion isn’t limited to just the music. Anything related to the album such as its promotion, artwork, music videos, etc. is fair game. ##What Should the Next “Re…

I sort of have mixed feelings about MTM. Usually I think it to be a decent album but then I realise it has some pretty solid songs. NRL is easily the best.

This was the first time I was waiting for an album of theirs to be released and I remember being so excited and my dad making fun of me.

I can’t say I was shocked with the change in their sound, I was fairly new in the fanbase anyways but I liked it. In Between and No Roads Left surprised me so much, it was when I realised that Mike can actually sing (and he’s getting better and better as the years go by). I still consider Hands Held High one of the most (if not the most) powerful songs Mike has ever written.

The music videos are cool, I like Bleed It Out a lot, I thought it was interesting it was shot in forward motion but played in reverse while the band was playing. Same goes for the making of, always nice watching the process of how an album came to life.

Overall, it’s a good album, I was a nice sample, may I say, of what the future would hold for them. And it was this era that made me start getting more and more involved with music.

MTM is not my favorite, but it’s still a great album with fantastic songs. I listened to it in full last year and I realised how raw most of the songs are. The instruments sound great on this album.

I could never get into In Between though, it’s one of their most boring tracks.

Asking the real questions: Why is the “Real Talk: A Thousand Suns” not in the same format of small icons as the others?

And now back to the topic:
It is an epic album. The first time I saw WID on VH1, I went batp**p crazy.
WID’s video is probably one of the most meaningful one, GU’s the mature brother of OSC, BIO makes you go crazy, HHH has a hauntingly good premise, LP told you No More Sorrow and reminded you of V-day

What’s there to not love this album?
But wait, there’s more. There was NRL and WID’s distorted mix (which the tone in which I still hum WID). And then ATL!
It made Optimus Prime look monumental when the song played in the background.
It brought me back to Beastie Boys.
The new LP logo showed maturity. The font was cool.
I don’t see it as a change of sound, but as a mix of different genre which worked in all right measures. The album was a worthy successor to Meteora and I still carry a physical copy of the album in my bag, even though I do not own a CD player anymore.
As some of you may know, this is the album of which I have maximum number of editions, which often makes me wonder…

I’ve had to buy this album 3 times because I could not stop listening to it and it kept getting scratched. I was so happy when I finally got an iPod and could listen to it there. It’s my favorite album for multiple reasons, it got me through some hard times and I still find solace in the lyrics. A lot of the songs still pertain to the events happening around us. It’s defiantly timeless. <3

I have a special connection with MTM mainly because the first song I’ve ever heard from Linkin Park was Bleed it out (I’m only 17 so I’m not a fan since they started, but since I discovered them out). I think the sounds and the lyrics are powerful and that’s why it gets to a lot of people. Besides, What I’ve done is part of the Transformers’ film soundtrack and I really like that, connecting music with other types of art (it doesn’t matter if it’s for publicity).
I also want to talk about the cover, which I like a lot because of its minimalism. I even used to use MTM cover to decorate my notebooks in school.

Hybrid Theory and Meteora were the albums that got me through middle school, and helped broaden my tastes in music. Minutes To Midnight was released during my senior year of high school. In a way, as I was growing older and maturing, so was Linkin Park and how they approached making music.

I remember when linkinpark.com relaunced and it introduced the album with the as-of-yet-unannounced cover art, and the piano intro for ‘What I’ve Done’ on a continuous loop. At one point, they also hid a sample of ‘Given Up’ somewhere on the website.

LPTV also launched at that time, and it started as the band recapping all the touring they had done for Meteora, and the first video LP’s YouTube channel uploaded (which doesn’t exist on their channel anymore). 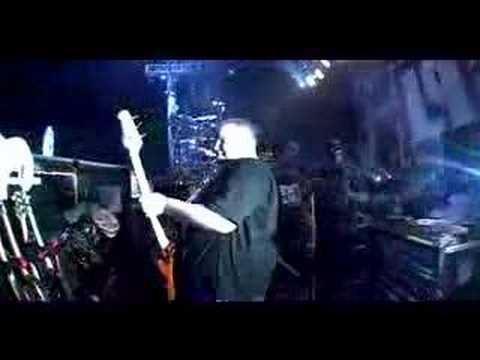 And then it eventually turned into the LPTV we’ve all come to know and love today.

I remember receiving the Superfan edition of the album in the mail (it came with a nifty little card, too)

At the time, I wasn’t as big of a collector as I am today, so for the longest time, this was the only version of the album that I had (including the Superfan edition, I have 5 versions now).

The LP Network also launched at the time, which was a huge upgrade from the LPC and the Numb Journals. I remember spending hours on end on the LPN message boards.

I also joined the LPU in 2008! I didn’t think much of it at the time, but it’s changed my life a lot since then, and I’m sure most everyone here can attest to that.

I saw LP twice during this album cycle. In 2007, it was actually my second day of classes at community college, so I unfortunately missed most of the show, but I still made it in time to see My Chemical Romance (and their awesome pyrotechnics - and also all the ambulances that hauled people out during their set *hyperlink). In 2008, I saw most of the show aside from maybe two bands. It rained like hell at times, I got to meet some of the LPUers from the boards, I got my first appearance in an LPTV episode. It was a fun day.

Yes, that’s my sign (it was Chris Cornell’s birthday) and it’s taped to my bedroom wall. God, I miss Projekt Revolution.
Of course, I can’t go without mentioning Pooch and LP starting to sell their live shows during this time.

Minutes to Midnight took alot of getting used to for me, as this was the first time they had changed their sound since Hybrid Theory and Meteora.

I was surprised when I first heard it because I was used to their older sound back then and I was kind of waiting for that similar sound to sort of jump out on this album, but as with the later albums I started to enjoy the new direction they were taking after a number of listens. Overall this is good album to me, but not one of their best, although it did produce some brilliant songs.

Favourite Songs from MTM would be The Little Things Give You Away and Leave Out All The Rest.

At release I didn’t like the album AT ALL. Too soft and too mellow and nothing like HT and Meteora.

Now I think the album has several great pop/rock tracks.

I love this album

I listened to it today after a long time. I had forgotten how beautiful Little Things is, probably one of the very best songs they’ve ever written.

MTM is a good album in my opinion. I do think it had a lot of unnecessary backlash though. The album still catered to the hardcore fans with given up, bleed it out, what ive done, and no more sorrow (all super great songs!!!). While the album can be inconsistent with its musical style, such as the transition from bleed it out to shadow of the day, or from no more sorrow to valentines day for example.The album still has its own identity that makes it stand out from the rest of the discography. I feel with this album that the sound was also a lot more mature sounding, the lyrics on this album are really good and clever, a lot to which I can relate to. The little things give you away and in pieces are also standouts for me, I really enjoy those tracks. Overall, this album is good and I always thoroughly enjoy it.