It’s basically anything I deem to be interesting enough to write about. So for now that would be my RC and Lego projects, I’m yet to do something else worth writing about.

That’s very Gaston of you. Gaston would do it.

Not sure why I’m creating this…

Today I will use it to ask you guys about the comming back of the regular plug meets. I personally like it very much to be on plug and share music, talk to each other and have fun first line. Doesn´t mean we can´t be serious, after the incident we met there and we all felt better after been there for a while together. It´s another plattform, beneath the forums and the discord, for us soldiers to get in touch. (All further infos about our plugroom created by Jordan you fing in Rob`s thread, heres the link again:

[image] plug.dj Information plug.dj is a website that consists of communities where people can simultaneously listen to music together, either from YouTube and SoundCloud. The communities include a chat, along with customizable avatars that can dance along to the music being played. The website is free to use, and doesn’t take more than a quick signup to use. The LP Underground community is located at: https://plug.dj/lpunderground

Do you like the idea of having regular scheduled meets on plug again?

If you like the idea of plug-meets, on what weekday you would like the meets to take place regulary? (two votes allowed)

I would like the meets to start at (CEST timezone)

alright guys, tagging the usual bunch to get aware of your opinion

Everybody can vote, even if not on the tag list ( I tagged just the people who are usually on plug, as there is a ten persons tagging limit per post… ) !

Feel free to comment here or on the plug thread guys, curious about the result

Nice poll, though I felt like I was filling in a contract haha

Nice poll, though I felt like I was filling in a contract haha

This. I said no to the TOS.

felt like I was filling in a contract haha

, don’t frighten them before the start bro @NickGr, and I loved to find the results of the poll this morning

Alright guys, this means exactly this: WELCOME to the 3rd plug season, I proudly announce the next Plug-Party for

So what’s the new meet timetable?

HAVE A GREAT TIME!!

So what’s the new meet timetable?

Same question… eagerly waiting for that…

24th is Sunday not Friday?

Recently there was a 20th anniversary of Fallout series, so… 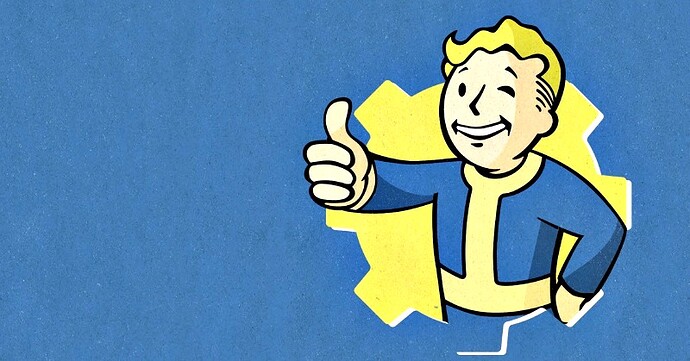 What’s your favorite game of Fallout series?
You can choose multiple options

My fav fallout game isn’t listed, you missed Judgment day where I win

But in seriousness, I haven’t played any of them.

But in seriousness, I haven’t played any of them.

Which of these movies would you want to see in the cinema?

Nah, Kimmy doesn’t have the firewpower I have stored

I had high hopes for Kingsman:TGC. It failed hard. Blade Runner 2049 is much better.