What book are you reading right now?

@rorybourdon Finally have the Caraval book

funny that I bought the pl version for 15zł

Cool thread idea! I’m currently not reading anything, but I finished The Tipping Point by Malcolm Gladwell the other day. It’s an inspiring and lighthearted read about the rise and fall of trends and how people influence each other.

Wonderful thread @anngelenee! I’ve been doing a lot of reading. I read 1984 by George Orwell, This is Not a T-Shirt by Bobby Hundreds and most recently The Diary of Anne Frank

Me too in the beginning of the year! What did you think?

I think the concept was wonderful, but overall I found the book a bit slow moving. But definitely a must read at least once for anyone!

Does anyone on here have a Good Reads account? I love tracking my books on there and find it easier to find new books from that

This is Not a T-Shirt

I’m really curious about that one, that will be my next choice I think

It’s a wonderful read! If you like his tweets, blogs and stuff he writes with a similar style! Hilarious and lot of tips on how businesses work and stuff. I would definitely recommend it!

I think the concept was wonderful, but overall I found the book a bit slow moving. But definitely a must read at least once for anyone!

Same. I think the setting and ideas were great but I was a bit underwhelmed by the characters and the story itself. But yeah, still interesting to read for anyone who hasn’t yet.

The classics go out of style after all

. I really have the feeling this is an unpopular opinion

I have read so many different classics, like Charles Dickens and stuff and I have to agree, I didn’t like it much. That being said I do enjoy some of the modern American classics, like To Kill a Mockingbird and Catch-22

I’m not familiar with any of those books, but if these are written in the same sort of style as 1984 I can imagine. I mostly read modern books, partially because I find old English and Dutch to be pretty difficult

I have to research the Amazon

The book is not available which is obvious in my country lol Thanks!

In 2016 i felt like a new self emerged and decided to get books i always wanted to read.
By the time they arrived, the new self had taken over and his book preferences changed much much!
After three summers that i insist of not reading them i’d be glad to send them to some LPU for theirs!
(it’s still mid August, maybe they’ll make it in time)
Books are the trilogy of Sergei Lukyanenko : “Night watch, Day watch, Twilight watch” but it’s not exactly a trilogy.
The two books complete the story and have been made a movie in 2004 and 2006 and the third one is some adventure where the night watch and the day watch work together against a common enemy.
It’s just a method to continue writing, as this series has around 8 more books now i think.

Considering my disagreement with the above premise, that good and evil can coexist to fight together, i don’t recommend the third book, as many others don’t either. But it’s still included in the offer
(warning someone against something should not equal to depriving it from them!)
we warn but give everyone the right of choice, is how it’s done!

The story is about those who “watch during the day” from the works of the night
and then, the other side to that and the conclusion.
finally bought them because i adored the movies! (same title)

A mistake from Amazon made me receive them twice!
I told them about it and they said, “sorry, keep them!”

I promise you, whoever gets them (or buys another copy) is in for a fantastic journey of being immersed in an insane new world around theirs with superb writing skills to describe it!

There’s a slight problem though…
I have already given one “night watch” away (to an American(NYC) i met at the beach 10 days ago, so there’s only one of that left!

This confusing ad is for 1x complete trilogy and 1x the two latter parts (you’ll have to get the first from Amazon before you start reading)
No money required, and i get to pay shipping costs (it’s like buying you a cup of coffee)

But taking from my inability to choose between you if i have to, i must create a rule:
If someone high in my “most liked by” list asks, they will be given priority.
Least i can offer them as gratitude!
That’s not fair either… There are people i think deserve the gift as a superb read and only just met!

anyway… Maybe i’ll leave it to the thread to decide 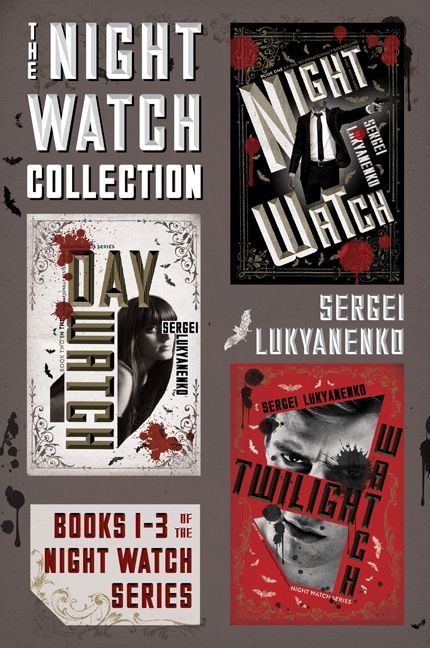 you will give me ANY address on an email, it doesn’t have to be yours!

OT edit: brothers and sisters, 1984 is not a summer book (you get immersed in darkness with it)
and nor even important any more either since today we have overcome that and if you want it just flick on your TV and watch it evolve around us!
We live in a combination of 1984, and “Brave new world” but summer books are about escaping the truth, not getting more into it!
I recommend novels and even that is so 2016!

I remember I did that for a book report last year

Ot. I haven’t read any books in awhile, don’t have the time

Currently re-reading the Inheritance Series by Christopher Paolini. Right now I’m on book 2, Eldest. I’m re-reading it because I have nothing else at the moment to read and its probably my favorite book series. I enjoy its honest and real characters as well as the history and culture of the fantasy world Paolini creates.

Reading this (but it’s not so amusing as it seemed):

Have just bought this (hope I’ll find something I haven’t heard of before):

I finished this recently, which I thought was brilliant!

This cover is amazing! Mine had hidden cover under the dust jacket. I adore this book so much. Cant wait to hear your thoughts. Julian