What book are you reading right now?

Wowww!! why didn’t i came to this thread before! Its just for me!

great to know readers around the world!

Wowww!! why didn’t i came to this thread before!

Because it just started today

I currently have Lord of the Rings on the go. I was trying to reread The Dark Materials by Pullman but kept stalling on book one.

Here is my read right now:

Just at the beginning but already love it.

Loved both. Love the way Jonasson choses his words, love his way of story telling, his characters, his ideas. And most of all his dry, sarcastic humour. I can laugh so hard while reading!

But the humour is strange, very northern:
On the same day, a bunch of school-aged adolescents in Soweto got tired of the government’s latest idea: that there already inferior education should henceforth be conducted in Afrikaans. So the students went out into the street to air their disapproval. They were of the opinion that it was easier to learn something when one understood what one’s instructor was saying. And that a text was more accessible to the reader if one could interpret the text in question. Therefore - said the students - their education should continue to be conducted in English.
The surrounding police listened with interest to the youths’ reasoning, and then they argued the government’s point in the special manner of the South African authorities.
By opening fire.
Straight into the crowd of demonstrators.
…

I’ve been reading Lacey Sturm’s 3 books, The Reason, The Mystery, and The Return, and just finished 23 Minutes In Hell by Bill Wiese today.

I have like 60 pages left of the last one (inheritance)

I’ve read it many times and it never gets boring. But always at the end I feel like I need 4 more sequels

There is a sequel tho!

The Fork, the Witch, and the Worm. I didn’t know about it either until recent when somebody saw me reading Eragon and told me about it. Apparently it’s like a collection of short stories following the characters after the events of Inheritance.

Because it just started today

I didn’t check the thread. It was new thread for me in notifs. I was like wow!

If I good remember there’s the movies based on that books?

Bet the books are more interesting and detailed …

@anngelenee The movies are superb and i bought the books because i had to know what’s in the third one.
and because it is as you said:

Bet the books are more interesting and detailed …

I bought the whole trilogy because if i was to read the third,
i should not miss out on reading the first two as well by resorting to the movies.
Never got to do it though…
These books to movie transfer is a superb one!
I highly recommend the movies as well! 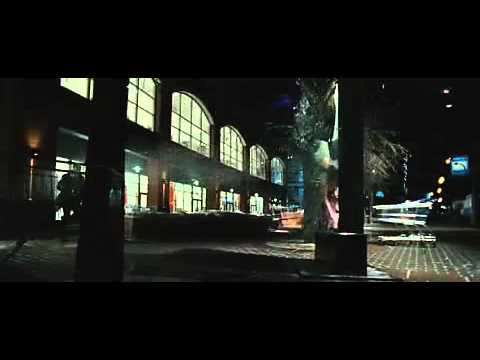 (thats what wiki say) that seems to be the long reading

Oh my gosh, that’s the most awesome thing I’ve heard in years!

I used to love the Inheritance series! Although I stopped liking fantasy books so I never did complete the last one. I didn’t know about the sequel too @jrtrussell ! Thanks for letting us know!

One of the best writers of our time, I’m trying to learn from the master. I love that sense of unbreakable friendship and journey of destiny. They did an amazing job with LOTR films which is rare for books.

Tom Holt ‘You don’t have to be evil to work here, but it helps’

Hilarious and smart. I so wish I could write like that guy.

didn’t know about the sequel too

I looked it up and apparently it came out on 31st december 2018 so it’s quite new. There’s not even a version in my language yet, but as soon as there is one (12th sept.) mum promised to buy it to me

I never did complete the last one

Totally agree with you!

With the movies, I needed some time.
To much difference to my own imagination, of cause.

But I learned to love them!

Peter Jackson is just awesome! What they did down there! Just wow!

Peter Jackson really had a love for the books and that’s what makes the film so good. There are some missing parts but that’s to be expected in movies. I’d love to visit New Zealand, it looks heavenly. Haha yes NZ lamb is meant to be the best. I want Bilbo’s house! It would suit me perfectly

Haha yes NZ lamb is meant to be the best.