"One More Light" Mega-Topic, Out Now!

Ok, my review: Firstly, I’ve divided the songs into the following categories:

The most LP Sounding: “Nobody can Save Me”, “Good Goodbye,” “Talking to Myself”, “Battle Symphony”, “Halfway Right,” “One More Light”

Pushing the boundaries of an LP sound: “Invisible,” “Heavy”

I won’t be reviewing it in these categories, but I thought I’d just put this out there. Here’s the review track by track:

“Nobody can Save Me:” It’s not the strongest song melody wise, it took me a very long time to memorise it. That being said it is a great song. The instrumentation here is what I would have liked to see throughout the album, but it isn’t a bad thing that they didn’t. I really love the lyrics too. This is the kind of music I expect LP to make, but with the addition of modern sounds. 8/10.

“Good Goodbye:” Not the best on the album, but not the worst for me either. The melody is very “Lost in the Echo” like. I love the sounds they used though, and I like the song overall, but I think it could have been improved. Collaborating with Stormzy totally took me by surprise. I didn’t expect to like Pusha T’s verse, but I did. And I’ve grown to like Mike’s verse more and more. Definitely a good song. 8/10.

“Talking to Myself:” When i first heard the stripped down version live (somewhere) I wasn’t sure. But then I grew to like it very quickly. And was pumped when the full live version came! I think the live version does sound better, but the studio version is still brilliant! It is poppy in a way, but still very LP. Reminds me of MTM and LT. Structured good aswell, but I felt more could have been added in the bridge. 9/10.

“Battle Symphony:” Not their strongest song either, but very very LP. It could have definitely improved (many ways, but not sure which to specify). I’m not quite sure what the song is about if I’m honest. The vocal effects used in the background were very creative imo. Very nice synth sounds too and nice electronic drums (which is why I thought it was typical of LP). 8/10.

“Invisible:” Poppy but still has their stamp on it. Mike’s voice in soothing to listen to in both the songs he sings. Melodies are great, nice instrumentation, nice variation on the drums, sounds pleasing to the ears. I even like the piano outro thing he does. 10/10.

“Heavy:” All I can fault about “Heavy” is to use more original sounds! Synths, guitars, effects etc. Nothing more to say. 10/10.

As I mentioned “Sorry for Now” was the other “Totally un-LP” song, but I LOVE IT. Melody is awesome and has stuck in my head since I heard Blackbear’s SC. It sounds very very Justin Bieber to me (I don’t listen to him, but I sometimes briefly hear him on radio). Not much of a surprise with Blackbear collaborating. The drop took me by surprise: at first i went “Really? You’re doing these kind of drops now?” but I’m over it, it fits the song well. Chester’s singy-rappy bit was kinda chessy. I don’t mind it, but it would have been more interesting to have him rap like on “Blackout.” In fact, I thought this song was more suited to Chester, but Mike sang it cause it is HIS song, and is very personal to him. Mike’s voice still suits great. Overall “Sorry for Now” is very strong, 10/10.

“One More Light:” Live version has much more soul, maybe because of Mike doing the harmonies? And the backing was quite distracting the first time I heard it cause I thought I was hearing a steam train! Nonetheless, beautiful song and quite sad too

Stylistically VERY LP, kinda like Powerless a bit. One of the best in the album. 10/10.

For me, my least favourite song is “Sharp Edges” but it’s still a good song, I don’t dislike it. I don’t normally listen to this type of song. It had a slight Ed Sheeran feel to it? I say 7/10.

Overall, the album is amazing. Their BEST record? Probably not, I would say LT and ATS are. I don’t quite know where to rank this on my list of favourite albums but it’ll be around the top SOMEWHERE. The instruments used could have been a bit better; more original and creative sounds and riffs/hooks would be nice. Also the structures of most of these are quite standard. In ATS they pushed the boundaries with different song structures. Also they needed to retain their identity a bit more, although it is still very much a Linkin Park record! The quality of the songs overall are just, wow. So overall the album gets a 10/10 from me, but I still feel improvements could have been made.

Anyone else hear the Alvin voice in sorry for now saying “dad dad don’t go”?

I didn’t pay attention to his voice, but I’ll check it out now.

Yeah it was just a stretch

I guess just what I picture when listening to it

I’ve been having a long talk over this album with my husband. I was very afraid that I was going to hate it but after listening the album in its entirety I do enjoy it greatly. I’m not sure if “soft” is the right word for it because there are a few songs here that resonate with their more recent albums, (or at least, that I can totally see in one of their earlier releases) but this was…uplifting? Is that a better word for it? I mean, even some of the songs that I would initially register as more somber lyrically still had an optimistic air about it through it’s musical approach. It all felt very bittersweet, and I appreciated that vibe.

Honestly, I’m glad Linkin Park put this album out. I’m thankful that they are willing to continue to experiment with their sound and step put of their comfort zone (and make us step out of ours lol) I’ll bet the criticism towards this album is going to be all over the place but…you know, no risk no reward right? lol!

Welp I’ll read everybody’s posts later but I just wanted to give my thoughts. I always go into a LP album not expecting anything (ever since ATS) and also I like some pop music so musically it wasn’t my favorite of there’s but I still liked it! I mean what band do you no can make a raw heavy rock record followed by a pop record! That in its own right is respectable even if you hate it! I also believe a lot of people won’t give this record a listen because of the sound but most people that do that I’ve heard actually really enjoyed it. Honestly it’s doing pretty decent (better than I thought) and people actually lik it! Now for me! I loved it I feel like I am there in there lives the past two years watching the way they live (not a stalker lol) this album was very personal and the lyrics had me emotional at a lot of songs. You can truly feel the sorrow, pain, or happiness within every song! I loved it!
Top 5: 1. One More Light
2. Talking to Myself
3. Nobody Can Save me
4. Sorry for Now
5. Halfway right

(Number 5 could be battle symphony or good goodbye as well)

Something I noticed since the first time but I forgot to mention was the ending samples on Invisible are the same used here on 1:46 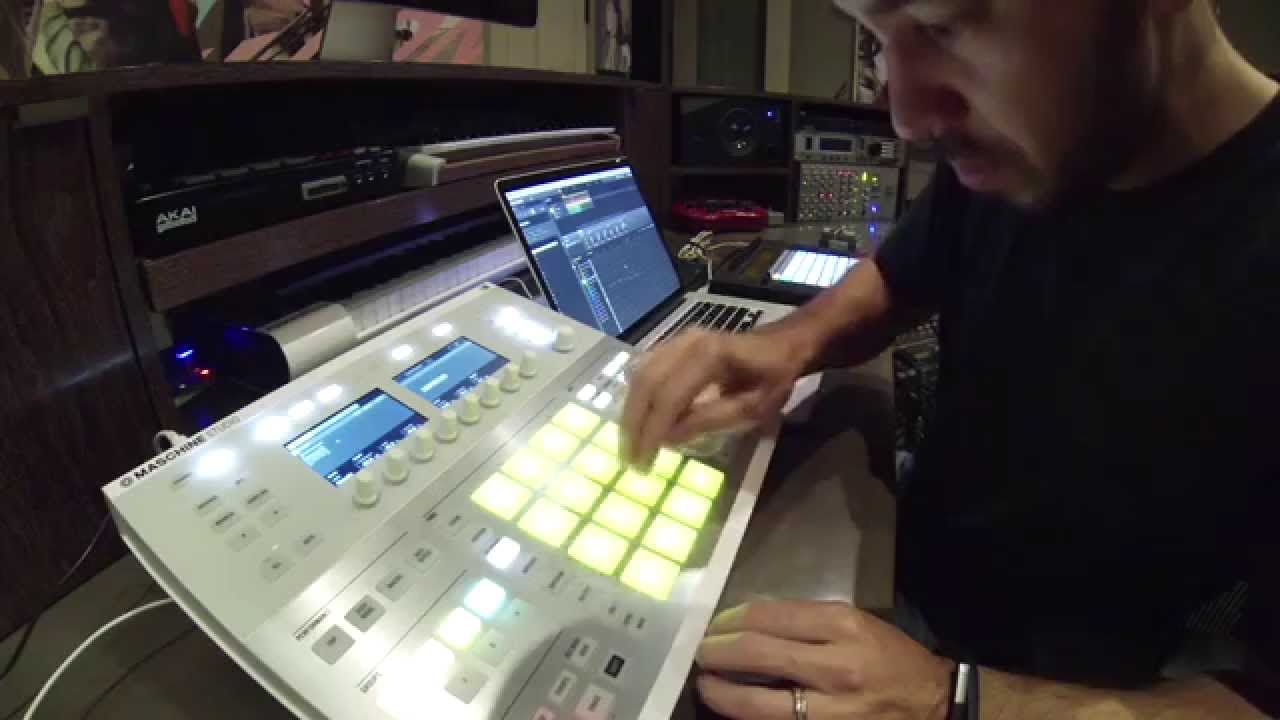 So I am listening to it again but as soon as OML starts and I start to read the lyrics, I have to change it. Its not because I don’t like the song, its because it hits to close to home. May 20th was the day I lost my aunt to stage 4 ovarian cancer. She fought hard those last days. She fought her sleep cause she was afraid she’d never wake back up. My last words to her was on May 18th, 2012, I kissed her on her forehead and told her I’d see her later. 2 days later she was gone. When I found out what the song was about, I knew it would be hard to hear. I will eventually get to it, just not now, too emotionally raw for me

I have a question: Where is Mr Hahn in this album?

In the break room, gorging on donuts. . . Has been since THP finished. 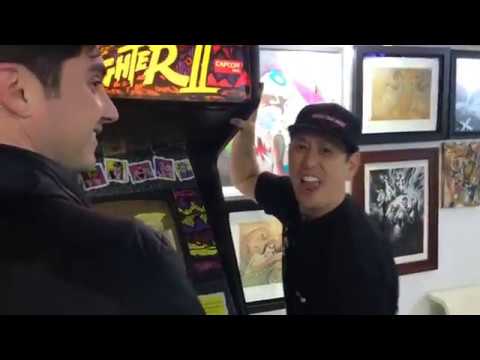 So question! What song/s do you want or do you think will get a music video?

Just noticed after looking at some reviews on One More Light. Most of the channels who were into rock/metal gave the worst reviews a lot of the times without any half decent reasons other than “I was waiting for a guitar riff, and it didn’t come”. But when I saw some reviews from others who were devoid from those biases (primarily because of how they weren’t really ‘affiliated’ with the whole rock genre and didn’t really know much about linkin park, they really seemed to enjoy the album, but especially those who were into EDM etc. A lot of them were promoting the album on their channel and others who were also subscribed to the channels out of similar interests tended to enjoy the music a lot too.
I really believe One More Light will do well when the whole hype towards hating the pop direction wears off, there are many people out there who have recently been introduced to the band through their new album. They’ll be a majority of the reprieve this album will receive.

Despite people saying that Good Goodbye wasn’t a single for some reason, the sticker on the One More Light vinyl says it is, along with Invisible, so I would guess Invisible is up next for a music video

OML goes right into my soul in so many ways. The lyrics are awesome, and even when I expected, this album won’t interest me that much, I totally fall in love with it. Guess I judged to early, because the singles they released to promote, are my least favorites on it.
Only thing I have to critizise is, that they took a step back from the complexity of their sound. This was also mentioned before in this thread.

I mean… I… I just realized that he makes those scratchy noises just by himself. That turntable was a lie

The last thing we here is “We learn what doesn’t kill us makes us stronger”, maybe this is a release and a response to all the criticism they have received even since 1996 and “mike should just play keyboard” etc?