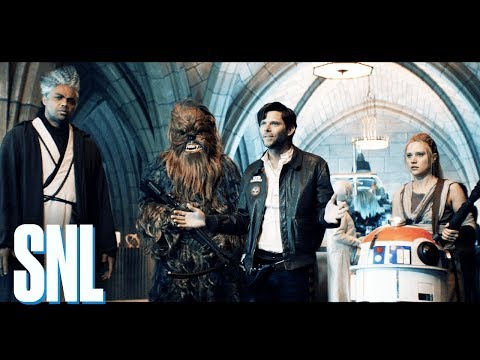 What’s this? This is atrocious

About the language thing, IKR!

Hey! @the_termin8r i just saw the trailer and it’s exactly like the game!

The start is exactly same… getting out of the ship and jumping into the devil sea…
Imma go and watch it with my bro after my exams… like i did for the assassin’s creed. These both are my favorite games. Won’t miss lol.

I probably won’t see it in the cinema.

My bro says he’ll download it. Not fixed for us. Will see later what to do…
Let the exams finish lol

How was assassin’s creed? I read a lot of negative reviews on that film. It seems that video game movies are doomed to fail lol

Its wasn’t actually based on any part of the game … like this one is 2013 game. It had good story somehow connected to the game… people didn’t like the animus and that programming thing actually… so that’s why ratings are bit low. I liked the way they tried to create the scenes tho.

TR is seriously just like we are playing the game. Most of the scenes are exactly same like i felt…the starting of the movie… really great trailer… excited to watch the movie

These two are my most favorite games lol. I’ve played many but TR and AC always is at top! Lol

Assassin’s Creed games are awesome! I mainly played Black Flag and I always enjoyed it.
As for the film, I was interested before it came out, but the meh ratings killed my interest. Should I watch it?

Ya its actually story of apple of eden. No much skills and fighting… but ok ok. Better you go and download the new AC game origins than watching the movie. Trust me movie is not so good imo.

yea black flag was really awesome. I’ve played that. There are more interesting side missions!

So I just seen the new Pacific Rim Uprising film. As a huge fan of the 1st one, I was a little bit upset that Guillermo Del Tero wasn’t directing the sequel but was still interested. After seeing it, I was disappointed a lot. To me, the plot was all over the place, creating very little sense. And the characters… (Face palm)

What was good about it was the CGI and the robots (also known as Jaegers).

I don’t know how many of you have seen the original. And if you haven’t, I highly recommend it but comparing it to the sequel, the 1st one is better.

The original was good, the second one looks iffy, just from the trailer. I haven’t seen it yet.

I watched Mute recently, which they brand as a spiritual sequel to Moon. I.e. It’s set in the same universe but it’s an unrelated plot. I was disappointed by it. They had the plot for a very good film, but the pacing was just too slow and not much happened. Also the characters were very unlikable. The visuals were spot on though and Clint Mansell did another solid job with the OST (I still think he did a better job with Moon’s OST). Mute stands no chance against Moon in a film comparison.

I hate it when films do things like that. I know that they want to do something new but when it comes out worse than the original, then something has gone really wrong! So, I just watched the 1st one again once I got home, lol!

Oh well, I’ve watching the new Avengers Infinity War film next month and I’ve hyped for it! Other films this year include the new Jurassic World sequel and the Bumblebee solo film in December.

Another avengers? Seriously? The first one was boring, the second was flat-out garbage. And a stand-alone Bumblebee film? Who thinks of this garbage? The last Transformers film I enjoyed was ROTF and the last one I watched was the 4th one, that one actually made me angry watching it.

After Transformers 4, I lost all hope for TF5 and that big “fight” between Optimus Prime being evil fighting all of the other Autobots? Very disappointing. I’m not suprised then that the Transformers films are being rebooted. It was confirmed by Hasbro.
https://youtu.be/bbpcihY_6uU. This is a very funny review of that film by Angry Joe. It’s recommended highly.

What about Dark Of The Moon?

I just love the first 3 Transformers films with the Linkin Park songs being played!

What about Dark Of The Moon?

Just watched The Last Jedi, enjoyed it thoroughly. With that said, there were a couple of bits that were kinda iffy. I also just learned just how much fanboy conflict it caused.

Very nice! I recently watched it for the second time and I still enjoyed it too. I don’t get all the backlash.