For those unaware, Linkin Park announced a new album that they are working on.

Expect the album to go in a different direction than The Hunting Party. Google it, it’s always a fun journey.

Or due to my mistaken self claiming the name of said album, I’ll just give you the link:
http://www.altwire.net/2015/05/04/qa-with-mike-shinoda/

Darker Than Blood is just a collaboration for a song in Steve Aoki’s Neon Future II. (SA ft LP, not LP feat SA like in ALTNC)
Although genre-wise, everyone fears the next LP album would be EDM orientated, just like how DTB is.

Regardless, new album on the way. Most likely a June or July release. So a year and some crumbs. And dear God, please don’t be EDM or anything close to a more electronic Living Things, or worse… Recharged.

lol, they were talking about it sometime in January, before US tour.

Also, interesting Chester’s quote:
“I think we want to keep carrying [the rawness] forward, but we also want to move in a different direction like we always have. When we go into the studio, we just want to go in and make music that’s super fun to play live. I imagine [our next album] is going to be a fun record,” Bennington said.”

Haha, songs fun to play live. They said this before THP release, and what? Only half of the album was played -_- 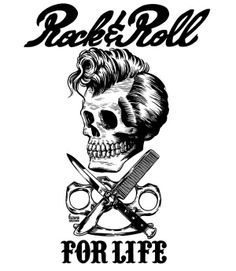 Rob did say that yes, but Chester is going on tour with STP at the time which raises the question: Are Mike and Brad going to write the entire record again and just have the rest of the guys come in and play their parts or are they taking that much needed, in my opinion, break?

About the sound, we can’t really know, they don’t even know. They may say this now but they always tend to change their initial comments.

Lastly, as for THP songs not being played live, I’d love to see them play a few more but considering their set and the difficulty the newer songs have, I don’t really blame them. Better not play them at all than try and mess them up big time.

Perhaps an integration of more electronic sounds with their raw rock a la new age, more-mature Hybrid Theory. It’s very possible. As it is, Mike stated that The Hunting Party was, in a sense, a prequel to Hybrid Theory.

I’m thinking more of the raw sound integrated with aggressive electronic walls here and there, combined with interesting noises that they always pulled off. It would definitely be a grown up, “coming back home after all these years but this time as a man instead of a boy” Hybrid Theory, which in itself would be completely genuine.

Can’t wait for the next album .

I would love mix of MTM and ATS. Or album with rock, but not that heavy as THP songs and more catchy. Songs like UIG, New Divide, Roads Untraveled, In My Remains etc. For LP - easy to play live, for crowd - good to jumping

So my wishes: mix of MTM and ATS (BITS, Primo) or rock, catchy and energetic album (ND, UIG, WID).

And what do YOU want for LP7?

For those who don’t know, Mike Shinoda made a track called Madison way back. Listen to it. It’s the perfect description for how the new album would sound if it matched my vision. I can’t find it on YouTube anymore, he had the song removed, but it’s on any number of sites to download. Or PM me and I can get it to you. I must say, it’s very Linkin Park-ish, instrumental, fast, aggressive and masterful.

As long as it won’t be anything like Recharged, ALTNC and DTB, I’m good.

Not really any surprise here. Linkin Park’s goal since Minutes To Midnight or A Thousand Suns has always been to release an album every couple years or so. It’s just to be expected from me.

In regards to the sound of the next album, again, I’m not surprised. With the exception of Meteora, each album has been vastly different from the one before it, and that’s been their mindset their entire career.

I like to go into each Linkin Park album with absolutely no expectations, and to expect absolutely anything.

I am anxious for a new album no matter the sound. Even if don’t like 1 or 2 songs from an album, as a whole, I always love it. If more EDM sound comes out in the next album, I’ll welcome it.

After Mike’s statements about the current state of music, I really don’t think it will be EDM. I’m sorry but that crap is straight up trash. Most of it, at least. The usage of actual instruments is crucial to a great artist.

i am curious what it will sound like. hopefully an evolution of THP

The usage of actual instruments is crucial to a great artist.

In your opinion that is

If no actual instruments are used at all, it’ll at most just be Mr. Hahn pushing synthetic buttons.
What would Phoenix, Brad & Rob do?

You remember all of those ATS-songs, don’t you?
Let’s just say, they’ll find a way to keep everyone busy …