I was at their show yesterday and it was awesome! It was my second show. A first one with M&G.
I had a LPU EE so I was just behind the barricades, but after the first support act I had to go out of the crowd because of M&G. I had a really good place, so it was my first and last M&G - only LPU EE on the next shows!
I didn’t saw the second support act because of waiting over a hour for a M&G. Mm&G was short and fast, but good and a bit funny

I told Rob that he’s amazing drummer and I want to be like him and asked Mike to play first verse of APFMH over the bridge of BIO - unfortunately he didn’t ;/ can’t wait for photos from the M&G, on group photo I was sitting next to Chester!

And finally Linkin Park’s show. I was so excited. I changed my place a few times, I was somewhere in the half of GC… I was jumping, singing and enjoying the show as hell! I heard that we were SO LOUD. I’ve seen some videos from LP and Anna’s snap chat and I’m surprised - I knew that we were loud, but that loud? 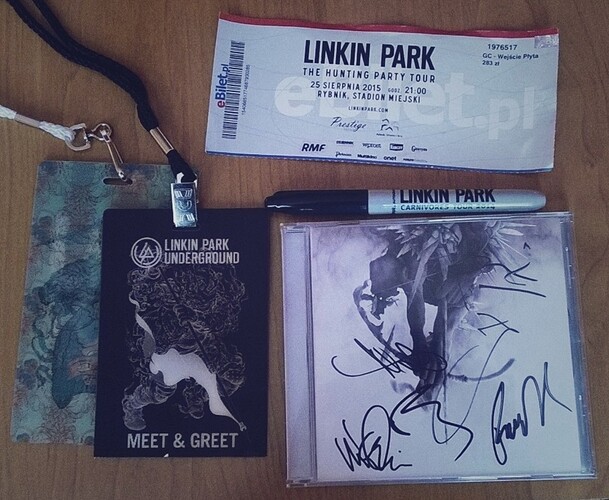 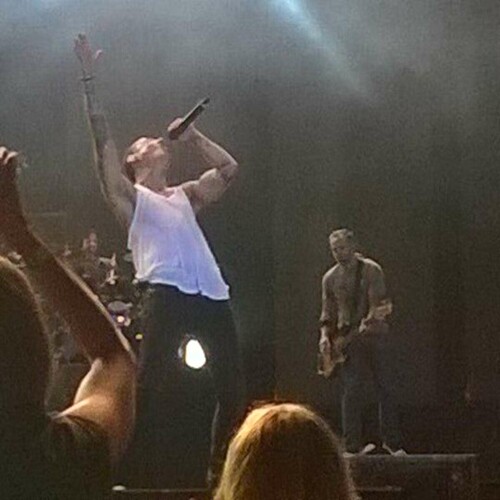 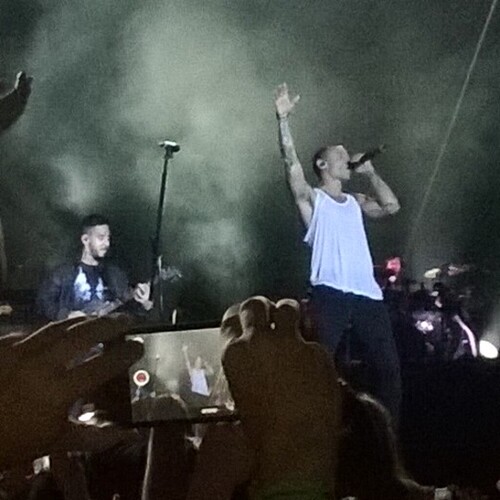 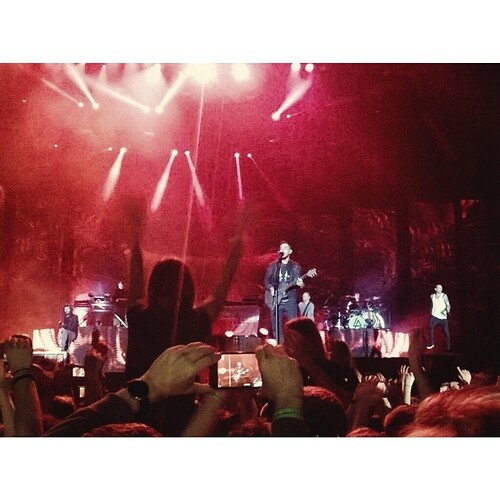 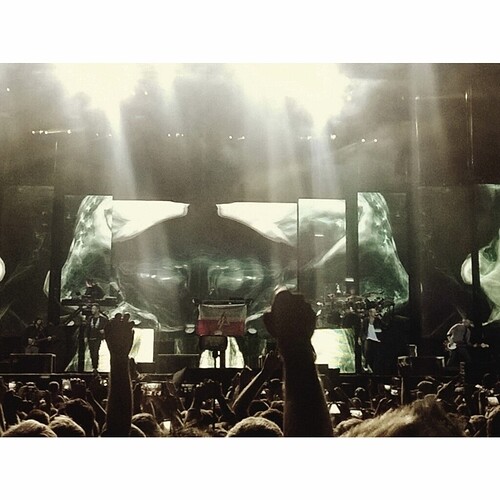 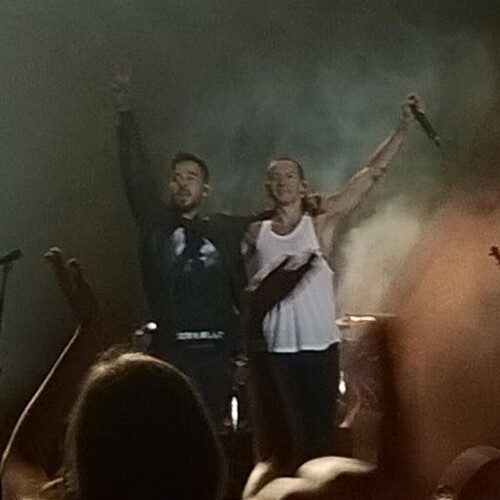 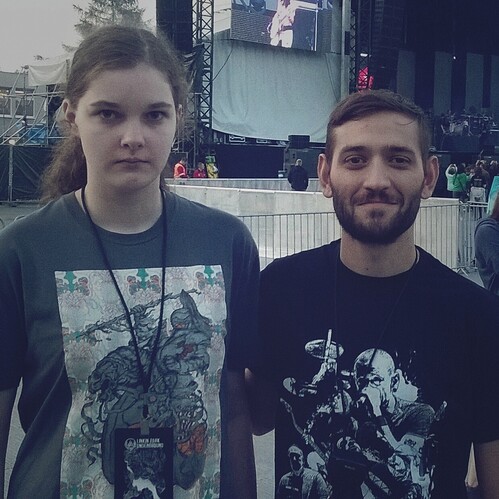 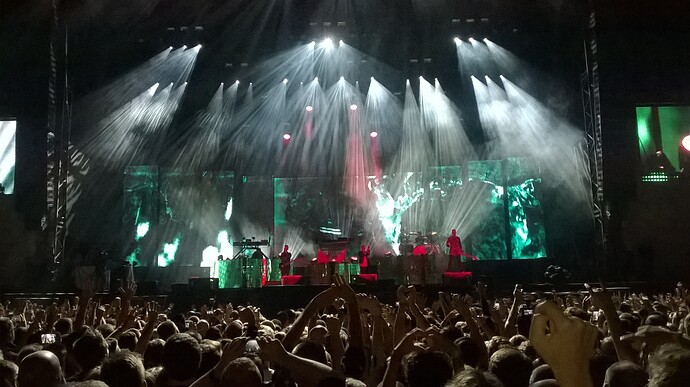 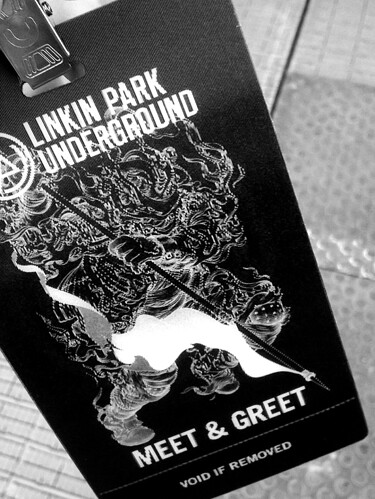 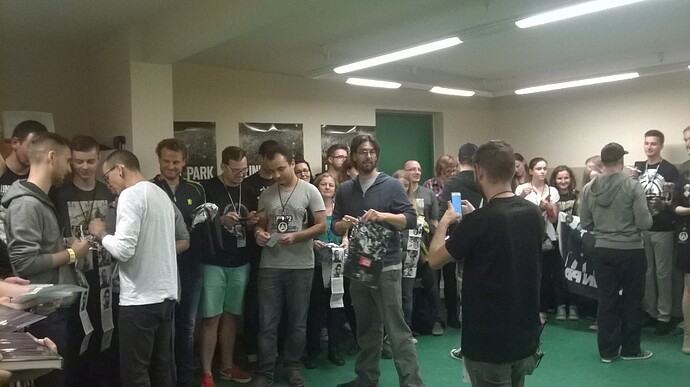 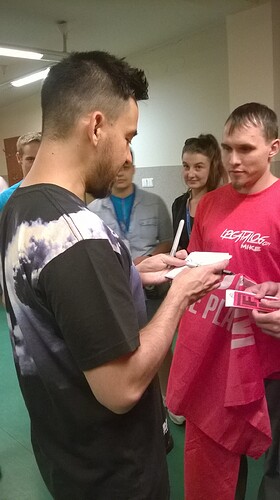 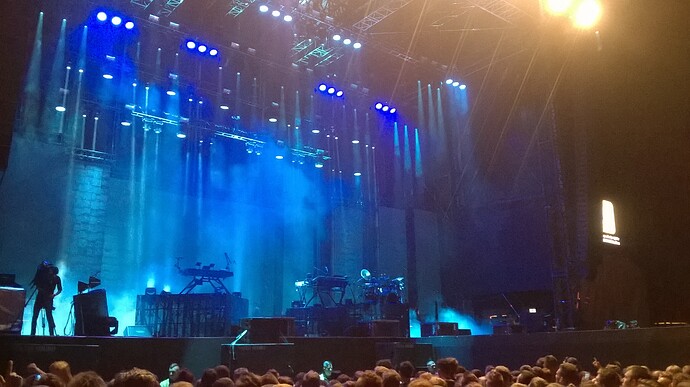 And some tweets I’ve seen

(I love when people from other countries likes the show) 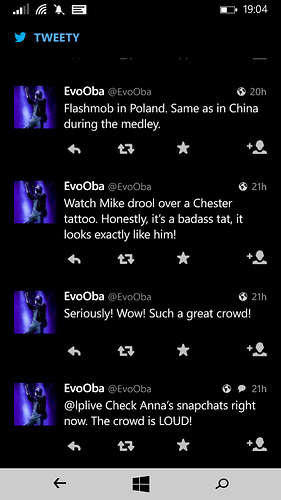 Forgot about this:
Lorenzo took a photo before M&G and it was on snapchat 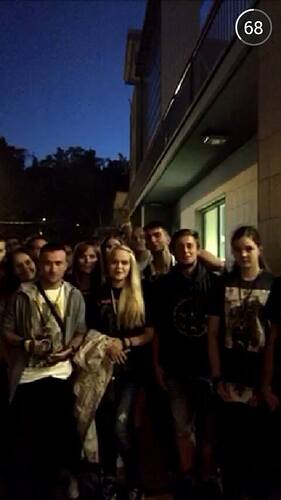 @EvoOba Were you in Poland?)

Looks amazing!! What a concert! Seen a few videos from last night - I really liked Mikes reaction on your “Welcome” flashmob.)

@KristinaUK No I wasn’t there. Unfortunately I couldn’t do any shows this time… I was just catching up from Anna’s snapchats. It looked amazing!

The best show I’ve been to! I also had M&G and meeting the Band was amaizing! I still smile widely when I think of it! Hope to see LP concert very soon!

For me EE didn’t end well, but the show was great. Amazing, it was the best concert in my life (and I saw few…). God, thank you for good music <3