My vivid dream about Chester back in February

Hey all! I’m Alex and I’m relatively new to the Linkin Park fandom. For most of my life, I was a casual fan of L.P. I knew some of their songs, but i never bought their albums or went to any of their shows or knew any of the band members names, etc.
After Chester passed, I was saddened but it didn’t hit me until about 5-6 months later (December '17/January '18). After downloading a bunch of their songs to my iTunes playlist, a huge wave of grief hit me like a ton of bricks. I started crying and sobbing almost every night as i listened to Chester’s beautiful voice.

There was an extremely dream I had of Chester back in February. I don’t know whether any of you guys believe in spirits coming to visit you in your sleep but this may have happened to me.
In this dream, I was in heaven or some type of afterlife. There was a huge movie theater and inside there were hundreds of theaters of musicians that have passed away and those movies would play their best concerts, shows, memories, etc. I was running to Chester’s theater, screaming his name. I found his theater and I walked in to a relatively small-ish room. Everything was carpeted (walls, floors, ceiling). There were no seats except for one table that had two chairs.
There were about 15-20 other fans already there sitting on the floor. The lights were dim and the movie hadn’t turned on yet. I sat down on the floor with the others and soon after, the lights went off as a movie of Chester & Linkin Park started playing.
The group of fans turned around and started cheering and it was Chester walking into the room with a security guard (i think). Some of the fans tried to get up and hug him/touch him but he was like, “not now, guys” and said some other stuff that i can’t remember.
I didn’t move from where I was sitting. I started to sob hysterically and my whole body was shaking because I have missed Chester so much, even though I’ve never met him in person. Soon after, I felt someone sit down next to me and put their arm around me. I didn’t have to look up to know that it was Chester.
He told me that everything was gonna be okay. Chester let me cry in his arms and comforted me throughout the rest of that dream.

I woke up the next morning with tears streaming down my face. I knew deep in my soul that Chester may have reached out to me. He must have known that I was hurting.

What do you guys think? Do you think Chester visited me? Or was it just my imagination? This happened months ago and I still remember almost every detail, that’s how vivid it was to me.

What a lovely dream. I keep seeing Chester in my dreams, the last one with him having angel wings. It was a bittersweet moment. It was something like this 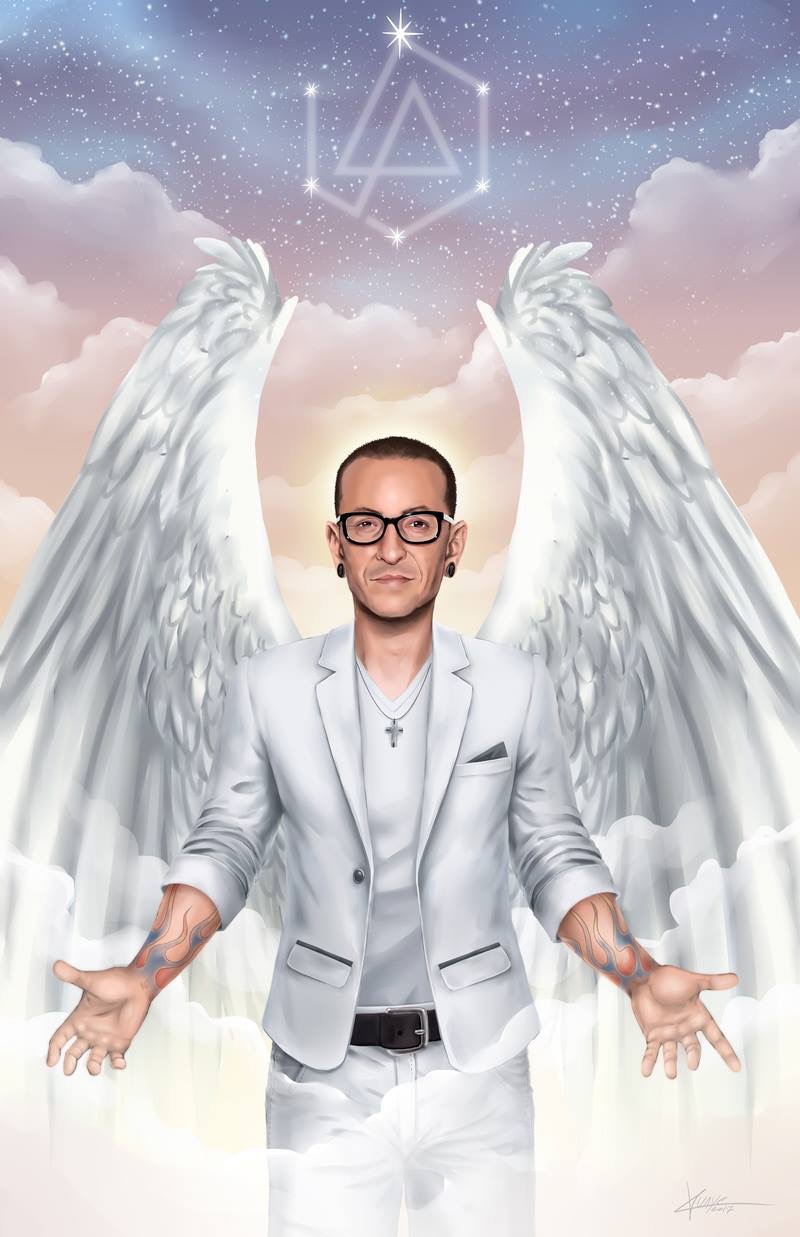 Wow. My story is almost identical to yours. December/January is when my fandom hit me like a ton of bricks, too. Before then, Chester’s was the only name I knew (because I had a crush on him in the TRL era and paid attention to what Carson Daly called him). Now, all I can seem to get myself to listen to is Linkin Park (and Dead By Sunrise… and that Stone Temple Pilots EP). I’m researching, YouTube-ing… fangirling, basically. I definitely know all their names now, too… and I adore them all.

I’ve had dreams, too, but nothing as intense and personal as yours. What a beautiful experience. And yes, I believe in those types of spirit encounters. Besides, as Albus Dumbledore said: “of course it’s in your mind, but why should that mean it’s not real?”

What about Grey Daze? Chesters old band in the 1990’s.

Wow, what an amazing dream.

Then i woke up ans he was still dead

@alexb_87 amazing dream i’m also pretty new to the LP fandom but i always liked their music but i wish i could have a dream like yours cause it would be just amazing and i wish i would never leave and i’d probably be the same way and just start sobbing histerically but it would be an amazing experience to be in and i definitely believe in spirits now (i already did before but I do alot more now) and i just hope Chester can do the same for me and a bunch of other LP soldiers.

I have the same feeling as yours being a casual fan. Same thing it hit me january 2018 and it will stick forever. The one show that i dont want to watch is when chester sang one more light in jimmy kimmel show. It breaks me.

I’m viewing old topics bcs of insomnia (?) tonight and I read that :

He told me that everything was gonna be okay. Chester let me cry in his arms and comforted me throughout the rest of that dream

And I can’t tell you if this is your imagination or not (it depends on what you think about it), but I can tell you that once I dreamt about Chester too and I found similarities with your sayings.

Well, that was a different context from yours because I was in a street in Paris. At first, with an unknown person and we were speaking about things I don’t remember… After, I realised it was Chester (so beautiful he was).
We had like… a conflict, because I wanted to ask a cigarette to the people in the street, and he disagreed. So I had scream on him, he was upset and asked me “What I am if I can’t help you ?”, then he left and get out of the street.
I was lost, angry and sad. I looked at the cigarette, then at him. I ran. As far as I could, and went to him. I hugged him by the back, crying, and I told him I loved him. After that he took me in his arms to hug me.

That’s “funny” because I think I had discovered Linkin Park 3 or 4 months before when it happened and that it was a moment I was reaaaaally sad because he passed away.
And to answer about if it is your imagination or reality, maybe I can tell one thing : that was not the first time I dreamt about someone who passed away and the other time seems as real as the one with Chester. I dream every fucking night and I know my imagination can’t be that real. I don’t really believe in spirits in general but when I dreamt about him I wasn’t sure of myself.

I’m glad I found a topic about dream with Chester

I’ve had a lot of dreams about him in the past after his death. I’m very grateful for all the dreams I had with him in it. It brought me so much comfort. I kept seeing so many signs too. For a while I believed it was his spirit, but not so much anymore. I really WANT it to be his spirit though.

I feel the exact same way.