Meet and Greet - what item will you get signed by the band?

How do you know? Not that I doubt it, I just would like to know. Because I could imagine they get a lot of presents so they might not have time to read everything… (that especially for letters of course… but also other stuff maybe). Or isn’t it that they get SO much at a M&G?

That would be a nice thought, to thank them for their music with a present, help me, do ya have some ideas?

@Tweek They’ve proved it many times. Some people have seen their stuff in various LPTV episodes, sometimes the guys even talk about some of the stuff they get. They’ve mentioned a lot of times that they actually take the time to go through the letters or gifts or whatever and I believe them. They just seem like those kind of peoole, they care enough.
I don’t know how many they might get at each m&g, but I’m assuming at least one person will definitely have something to give them.

@The_early_walker Aw, that’s up to you really. It can be anything. For example, besides the signed flag I gave them (I didn’t meet them in my country), I got them a book of a famous poet from my country, marked the most known ones with little notes and stuff. I figured it’d be cool since they appreciate all forms of art and I gave Mike and Brad a letter.
You can get them a lot of stuff, you can do something with other people as a group as well (done that before), the ideas and all that is really up to you and what you think they might like.

@EvoOba: That is really nice! I hope I can meet them one time too.

I hope you will! They’re amazing dudes!

@The_early_walker An idea for a gift: How about a print of our wonderful Once Upon A Time trilogy?

I see, but your examples makes me feel a lil bit creative…if I make a descision, will show it here, looking so forward to see them again, last time chester hugged my husband…maybe this time me???

I wonder how Mike would react to the voodoo doll story

Thanks, gotta give some credit to my dad too for saving the day (I had other gifts planned but they weren’t delivered the day they were supposed to so I had to find something else). A hug? Amazing!! I had to stick with the high fives and the hand shakes lol 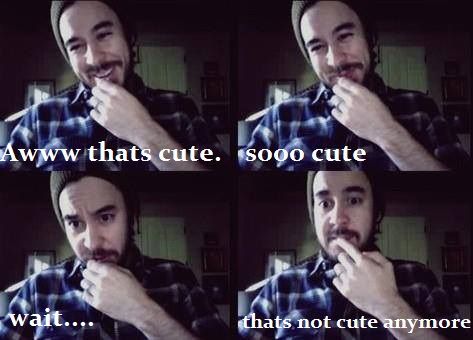 Good luck! Selfies are not allowed and photos are discouraged in general since Mark and other staff members are around taking photos for you. You might sneak a few shots but if there are minors at the m&g, security will be all over you.

I will probably get Rob to sign my snare drum head