Awww, that’s lame to be kicked out for something like that. although an entire paragraph in CAPS can be quite annoying to read

Who Knows howr IT Works With a tablet. My Laptop dont Work

rules are made to be broken, right? lol

yeah i know, the thing is i never saw my own message because all the other messages

I think banning is a bit too harsh anyway. Why not give someone a 15 min time-out instead? Is still a bummer, but then at least someone gets to proof they can behave and enjoy the chat

Chat sessions like that usually tend to be flooded with thousands of ongoing messages, don’t they? If only Mike and the other guys would come to the forum instead. Maybe even add a line to the “Once Upon A Time” story-thread. Would be fun

I cant read the chatrules

But indeed, rules are made to be overruled :

I wonder if the chat is recorded, I can’t get on either, with my iPad

To answer your questions, you can’t access the chat via an iPad/iTouch device or any phone or tablet simply because they don’t support flash and the chat works with flash.
Secondly, as far as bans are concerned, people should learn to follow the rules, they are there for a reason. I understand that you all want to get a reply to your answer and have the band member notice you but that’s not how it works. It’d be amazing if everyone was quiet, didn’t ask BS questions and just followed the rules. It makes it much more enjoyable for us and the band member doing the chat that way.
I just really wish they could bring the old LPU chat back. It was way way better!

I don´t know the old chat. what was it better?

He answered a question. Right at the beginning of the chat when he talked about the covers.

For those that missed Mike’s live chat, (me included cuz I woke up Too Late) here’s the link to an overview of what he said: http://mikeshinodaclan.com/2015/02/mike-shinoda-lpu-chat-summary-02042015-screenshots/

Thank you so much for that. Maybe is recorded and all they missed the chat can watch on YouTube and lputv

Heres a partial video of the chat if you missed it 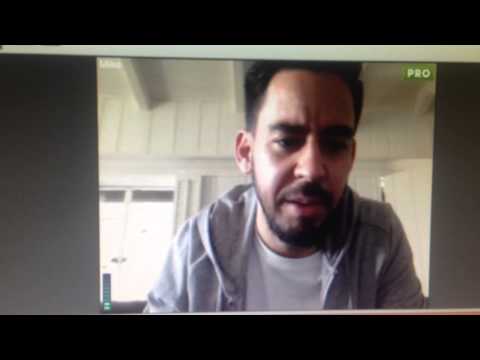 Awww thanks for sharing this

oh my god i was banned although cause of broadcasting myself, couln´t manage not to do it, so 3 sec between mike was it worth! I loved the energy yesterday like a meet and great, the men, and even glorious mike is catching me ever and ever again, it gives me so much POWER

@melemi Yeah it was. Everyone got to answer a question so everyone was happy therefor everyone followed the rules. That made a super mellow, interesting and non crazy chat. It was also moderated (by far way better than the so called moderation they do now) and the guys stayed in for ages. Mike and Chester had the biggest ones with over 900 people and 3 hours or more of attendance. And it was actually good!

@P_Carciani I don’t understand why that makes you think you have power. It annoys the others and especially the band member. (Which you obviously missed yesterday since you were banned) so why do it? I can’t understand why you and everyone else can’t just follow basic rules. I just can’t.

sounds good. pity I was not there here

The best line from the summary for me was “Yes, he will go to your country. And India: He knows. He knows.” Whoever asked this, has my blessings