I never introduced myself, so… I’ll do now telling you my history:

I began to listen to Linkin Park when I was 10. The first song was Somewhere I Belong and the first video was Numb/Encore.

I didn’t pay attention to them in that time (I was following the regueton’s fashion) up 2 years later, in 2007.

I listened to them rarely, but I always felt that emotional vibe. At the beginning of 2008 I took more seriously Linkin Park’s music.

So I started to looking for their music, official website, Who were they? I began to learn everything about them.

Over the end of the year (2008) I left the regueton’s fashion and I started my life in the Rock’s world. Linkin Park had rescued me from the low world and put me here.

Since the released of New Divide and Blackbirds I wanted to have my first LP album. I was a kid and my family didn’t have money to buy me any of their albums.

I had the chance to have them all through the internet. I did a promise that day: buy all their albums, no only to have it, but because I felt I could thank them for everything, or part, of what they did for me.

I live with my mother, brother, grandma, cousin and my aunt. I never felt loved by them, only for my aunt. So I felt in a depression and I wanted to end with my life.

Linkin Park was here in that moment, and I could talk with my father finding a way out and a reason to keep living. Unfortunately there was not the time to moved on with him.

The relationship in my family always was the worse and there were many secrets. One of them was the identity of my father…

However, the time kept passing and everything looks exactly like always: Bad and toxic. In the 2011 my aunt passed away over Xmas party. I didn’t find anything to live again, I wanted to die… Only Linkin Park was close to me. Yes! They rescued me again with The Messenger.

In the 2012 I finally got my first LP album: Meteora (Blue Edition) for my bday, I had kept my promise.

The time passed and over the 2015 I got Hybrid Theory, Reanimation, The Hunting Party Minutes To Midnight and Somewhere I Belong (single) the last year I got Breaking The Habit CD.

This year I pretended buy ATS, LT and OML. I made the payment, but these discs never came to me.

Yesterday I bought OML and a mix of emotions came at me. I was like “I don’t feel anything” and at the same time I was screaming inside of me Chester!

Chester passed still hurting me, but there is something that my father said me the day that my aunt passed away:
You must be strong, no for us, but because for you, and her.
I know it hurts you deeply, but you are hurting her if you still crying without do anything.
We love you son, be strong and smile the live, it’s one way to show her that you love her and always live in our memories.
These words helped me to reach out her absence. Maybe these words can help you now.

I just want end this sharing my albums with all of you. 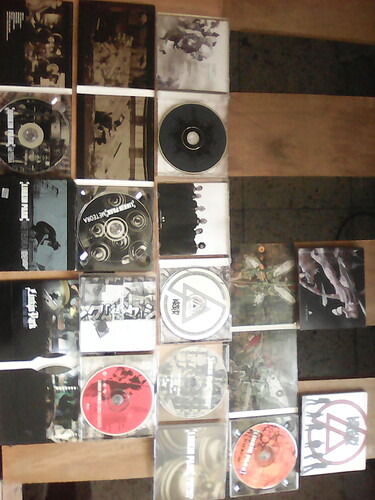 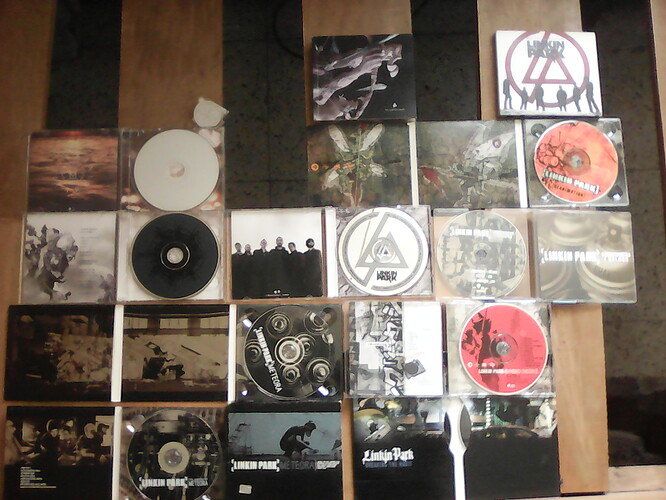 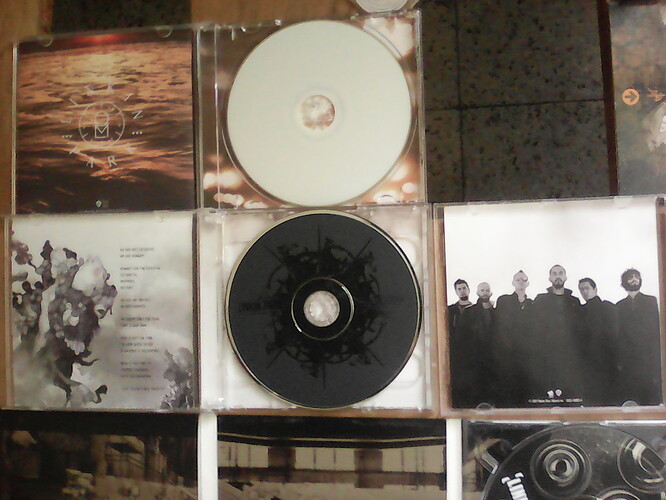 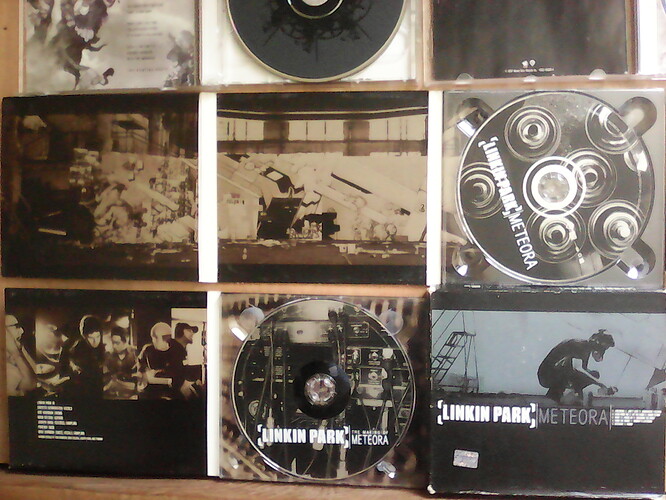 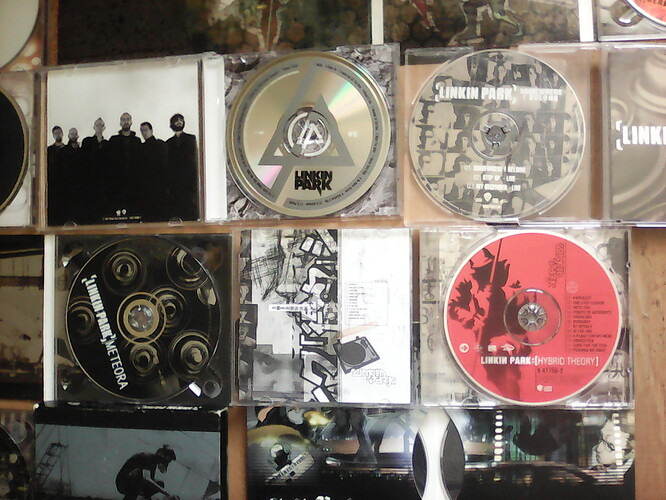 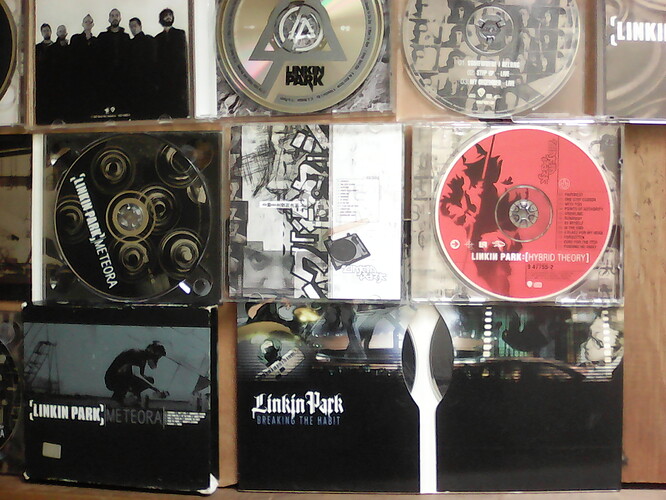 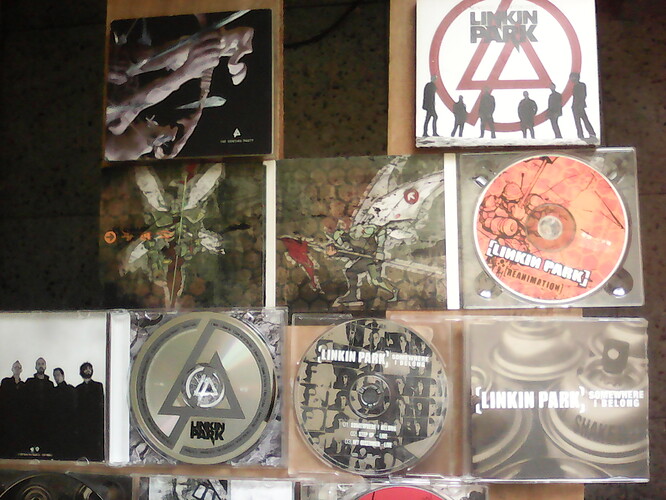 What I found!
Such a sad story…

I’m here for you,so don’t feel alone…and I’m sure there are many other soldiers here who think the same…

here’s a bunny too…

The relationship in my family always was the worse and there were many secrets. One of them was the identity of my father…

You must be strong, no for us, but because for you, and her.

You are a great soldier. I loved your collection. Glad that someone was there in your hard time. From now we all are here for your help just a tag away.
Stay strong soldier

My life has been a hell, but as you can see I try to smile and be optimistic because when you are a light you can help and will come the day where someone can help you too. Now I feel helped for eveyone here. I have a lot to things that I want to say, but there is not the time.

don’t worry… we can talk more when you want…

The next week, I guess, I want to tell you all something. But I must talk with my family first

don’t worry there nothing bad.

Thanks to say it! Ok, so we’ll wait for next week…

In the last months I have been fighting against my feelings. I am not ok now. I need psychology help. The problems have reached a point where I can’t do anything with myself. Sometimes I lost the control and I do things that can kill me… Also the desire of suicide rounds close to me (the last time I wanted to do was a few days ago, maybe 4.) It’s no easy say/write this for me… I have a lot of things inside that I need to put out with the help of a professional. That’s the reason for what I am so active as before. I don’t want to start a fight or hurt someone with my words, unfortunately I know how I can destroy people with words… The last time I did it was against a teacher… I could talk with her… So please, understand me, if I stay away a little if for security and love to you all. And clarifying things: I won’t go out of the forum or I will stop to talk with you all. I will be doing.

Dear brother I won’t force you to say the exact reasons behind your thoughts ( I think I know some of them, but not everything…). You know I’m here if you want support, but if you feel to need a professional then absolutely and sooner as you can go for it!

Anyway when you feel this sad and lost please please please don’t hurt you more and let us know! We’re just a post away… There are many people who care for you… even if we know each other only in virtual life,don’t think that you’re alone in this cold world because I care for you…really I do…

If I knew them, I could tell you…

I think I know some of them, but not everything

My histories have a lot of them. The first one (Deep of the heart) is the best example of this… The main character is a representation of mine.

but if you feel to need a professional then absolutely and sooner as you can go for it!

Don’t worry, I don’t hurt myself -physically speaking.- To be honest my hurts are more like: Don’t eat, stay in silence, etc. Yeah… I’m a little rare jaja but at the end I ended like “nothing has happened.”

I know that I am not alone. Thanks for remind me this sister

If I knew them, I could tell you…

I know that I am not alone. Thanks for remind me this sister

I love you too dear brother!

I will reply you for other via

Such an awesome collection of Linkin Park CDs

I believe that behind every positive and worth loving person is a story that can make you cry for days and this happened here…
You are one of the persons that I search everytime I am in just because you made feel that way, to check you are alright… Keep smiling and being positive…

Thank you. I feel better now

I’ve been editing my post (Portraits of a Masked Mind). You can chech it out later if you want