So. I’m really confused about the song High Voltage. I kno that there’s a live version on the Hybrid Theory Deluxe Album and the original song on LPU 1.0. Yet on YouTube I can easily find a perfect studio version of the LINKIN PARK version, not the Hybrid Theory EP. Dose anyone know where people are getting this or how get a download? I find this hole thing really odd. I mean how did the band even reales it in the first place?

Is this the version you’re talking about? 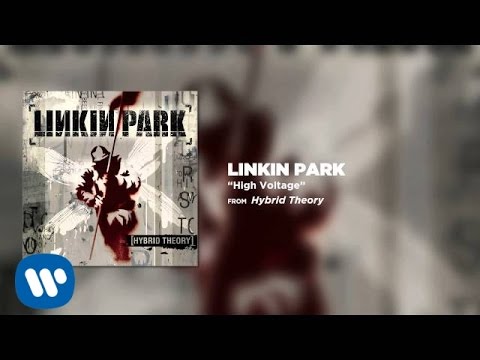 I’m not sure why the Deluxe Version of Hybrid Theory on iTunes includes a live version, or where that live version is even from, but I’m sure that’s where the confusion is coming from. The studio recording was included on most bonus track versions of the album (and I swear on iTunes years ago) along with My December. This version is why there’s a remix of it on Reanimation (as well as My December).

It was also on the One Step Closer single (Mike mentions this on the performance from LPU 2, if you’ve heard that version) and Frat Party at the Pankake Festival. 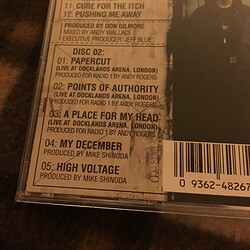 If you’re willing to buy the entire album, Amazon has the studio version available if you buy the whole thing:

Edit: Looking at my iTunes purchases, it was definitely on there and removed later. Odd.

Thank you that’s wired how iTunes has it live.

Only Live version that was released on an official CD was in LPU 2.0 That they played in London. Love that version, a classic.

It’s one of the few live songs on LPU that I really enjoy. Also welcome back, I haven’t seen you around in so long

Live version of QWERTY? And Wish by TIN? and TLTGYA from LPU7 is awesome too.Also, reading my eyes live

and pushing me away live on LPU6 (i think?).

Wish and Reading My Eyes are nice, but mostly because there aren’t studio versions (at least with Chester, for Reading My Eyes). I do like other live songs on LPU CDs, but not many that really stand out as being different from normal performances. I have DSPs of the first two shows I went to and prefer to listen to those over LPU7, for example

Was confused by the name but now I remember, Jordan (TripleXero), it has been a while. I just been doing other stuff, life in general. Rossi said she met you over at the Hollywood Bowl. I was there also, but of course I am a myth xD. How are you? It’s been a while.

To keep it on topic, I think the only song not officially released on a CD “live” is Forgotten, from the HT era anyway lol.

I really enjoy “Step up/Nobody’s Listening/It’s Going Down”. And Wish by nine inch nails. There pretty great I still think buying live LPU tracks is a waste. Unless it’s something special like Hunger Strike by Chris Cornell with Chester Bennington. @jFar920 @Woco21

I’m already forgetting I changed my username and I don’t think it’s even been a year since I did it. Sucks I didn’t see you at the show (unless you were intentionally keeping a low profile

). I’ve been good, how have things been with you?

Nope, not really. Was seeing If I could see some of you guys out there. Of course, not many peeps have seen my face and a weight loss can make a person look somewhat different xD.

Been good, just tired, bored, doing other stuff, my own mini projects and such. Hence the hiatus from the LPU but… I’m back

Rock and Roll Hall of Fame 2001. Best live performance of this song that I have seen. I watch it often!

I prefer the docklands performance.

Me too! I think this one is my favourite.

yeah, its on LPU2.0, its how I discovered this version. I love it so much.