On June 30th, 2015, Linkin Park will finally be returning to Wisconsin after SEVEN years. Their last show here was on August 16th, 2008. They will be headlining at the Marcus Amphitheater during Summerfest, along with A Day To Remember. While they haven’t played here recently, they did something they have yet to do again since then at that show, played Sweet Child o’ Mine!

While they had played it before this show, the show in East Troy was different. Mike and Chester came out in wigs dressed up as members of Guns n’ Roses.

Mike has said it was “spur of the moment” caused by boredom backstage, hopefully they can top their last appearance in Wisconsin with something even more special! This was my first concert, and it was an amazing one to have as a first.

I already bought my tickets to the 2015 show, is anyone else going? Hoping to get a Meet & Greet, should get it!

Bonus video of the 2008 performance: 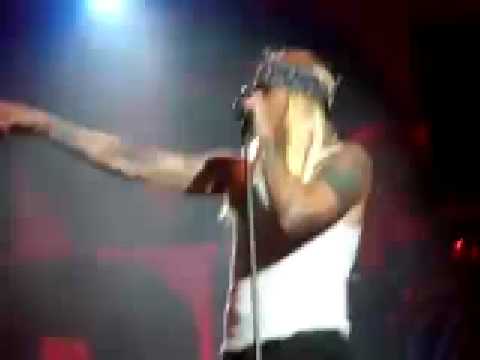 Got a GA Pit ticket the second they went on sale. I didn’t realize until afterward that the pit is only like 7 rows deep. Should be wild! Anyone else gonna be down there in front?

Work kept me from seeing them last year (had a pit ticket for Chicago that I had to sell :’( ) , so I think this will definitely make up for it!

I got pit tickets for the show. Im so freakin excited. Ive never been this close!!

I wasn’t too sure what should and shouldn’t be blurred, so some things might be blurred for no reason

I’m in the pit too. I saw how small it was & had to go! I saw them in Michigan on carnivores tour but had seats from volunteering. It was super tiny so I know that Milwaukee will be the next best thing! Summer needs to get here! I’m super excited for this show! See you guys there!

Thi is hilarious! Moments like these are ones to remember and what make bands like LINKIN PARK so special. Have the time of your life!

Since we’re about under two weeks away from this, anyone else going? I’m pretty excited. It’s going to be my first concert while part of LPU and I should be in the Meet & Greet. I’m also a bit nervous, but I’m sure it’ll be a good time

I just got meet and greet for this show 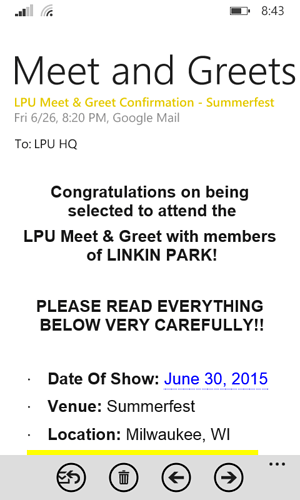 I thought they were giving the m&g passes the day of the concert. I haven’t gotten an email so I’m guessing I was not chosen, very unfortunate but that does not make my excitement go away that I will be seeing them at Summerfest for the first time! I will be in section 3 row S.

Help! I have a problem I never would have dreamed could be a problem. I saw LP in January in Indianapolis with my son and had such a wonderful experience, that one late night in March I decided I needed to do it again. I bought four pit tickets (what’s more fun than 2, four of course) thinking, no problem finding people to go. Well, I was wrong. I’ve even gone so far as place an ad in Cincinnati CL strictly platonic section with no bites. Therefore, I’m hitting the road Sunday and heading north towards Chicago alone. As of now I have nothing more planned. I already have my room at the Hampton in Milwaukee for Monday and Tuesday night. Is there anyone interested in joining me? I’m not looking to profit anything from this except companionship (well, some gas money would be cool, depending on where you join the road trip). If you read my bio here and search for my ad in Cincinnati Craigslist, I think you can get a decent idea of who I am. If you feel like you could have a great time with me and are a decent, open human being, please let me know.

Someone on the forum was looking to buy a ticket to the show a day or so ago
http://forums.lpunderground.com/t/looking-for-pit-ticket-milwaukee/9782

I know, I read it. I’m looking to take adult companions, not sell my tickets. Thanks, though.

If you haven’t yet, try asking on LPLive or LPAssociation. As disappointing as it is, the fansites have more forum action than the official site. I know you just asked a few moments ago, but just to increase your chances

Omg I’m worried I live in northern Wisconsin, and have and my friend is driving us to the concert, and I won’t know the meet and greet times til tomorrow…

so I need to injure like a time frame the meet and greet could be. Would anyone know that? Just so I can know when to leave. Would it be like during a day to remember? At noon?

Any answer would help a lot
Thank you fellow LPU’rs

I believe they happen right before the show usually, but I wouldn’t depend on that time since this is my first Meet and Greet

any word on early entry?

Just looked on Ticketmaster and pit tickets are available !!! HURRY !!!

Have you heard anything on the time this will be or where to meet ???

I got the meet and greet email. Says not to be late but has no time on it. Edit: nevermind the time was hidden in a quote on my phone for some reason.

Also picture my friend took of us waiting 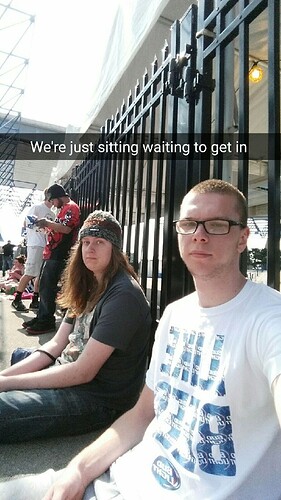