@georkost Are you from the US? I’m from Florida.

No! I am from Greece

@georkost Oh, that must be beautiful.

In a way, off topic but the idea of including him in a book you’re writing is pretty creative,
Let us know when it’s done, it would probably be a fun read

I hope things for you health wise have gotten better and hope things clear up,
As an idea perhaps finding an Lpu member who won a meet/greet and ask to see if they would deliver a letter to him?

@framos1792 Thank you. I’m converting my author platform into a pen name. I want all of this mess separate from my writing. That is an excellent idea about the meet/greet thing. Thank you.

Chris is a pain in one place, I’ve seen his comments 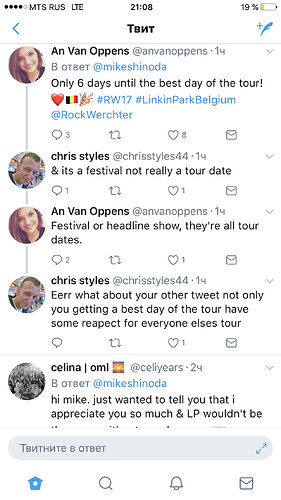 Typical behaviour of the “biggest fan” !!!

Good thing he had been banned before i came here, because we would’ve fight a lot…

I’d be by your side!!! I don’t like the ultimate fans, the y all have an attitude!

Yup he is terrible: 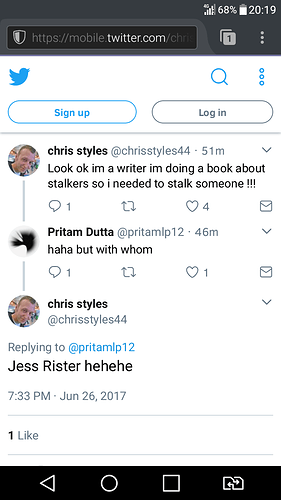 @NickGr He is. So disrespectful. I keep on reporting him and blocking him.

@NickGr @georkost I don’t think he’s a very good fan at all to be honest.

I already reported and blocked him. He’s like obsessed with me. You have my full permission to report his Tweets on my behalf if you like.

@samuel_the_leader @NickGr @georkost @framos1792 @the_termin8r
It looks like the Twitter drama hit Instagram. It may be nothing, but someone tagged LP Live to one of my posts. Chester never blocked me from Instagram. In fact, I think he saw my apology, plus a post I did about the topic discussed in this forum. No names involved, except Chris’ I think everything is going to be ok between Chester and I. I think I did get flagged for not handling a situation well. It’s a long story and I don’t really know how to get unflagged. I think that’s why LP Live keeps blocking me. One of the Ambassadors tried to reach out to me, but I didn’t even get the message until two days ago. Which it was sent on the 6th and I got blocked on the 11th. Facebook messaging isn’t a good form of communication for me because I don’t turn on messenger. I’m a little popular.

Well I just wanted to give you guys an update.

Glad to hear that in some form at least you’re getting somewhere with getting stuff straightened out,
Don’t let lifeless idiots like that guy ruin what you do and set out to do

@framos1792 You guys are great. I always stick up for LPU, you know? I haven’t been here in awhile, but I always loved the environment. It’s calmer and the people are more genuine than a lot of other fans.

It’s calmer and the people are more genuine than a lot of other fans.

Coming as a moderator, this discussion about Chris doesn’t really need to happen here. While I’m not defending his actions, it is wrong to talk about him like this, especially in a public place where he can most likely view everything you are saying, but cannot participate himself.

He was banned on here for a reason and that is the most that anyone on the forum can really do about it, aside from ignoring, reporting, or blocking him on whatever various social networks this is happening on.

Coming as a fellow fan of the band, you are better off just dropping the being blocked situation altogether. By continuing to pester the band and those associated with the band with messages about what happened, even with good intentions, you are just going to make things worse for yourself.

I’m 100% sure Chester, Mike, and everyone else in the band have had to deal with stalkers before, and whether or not you actually fall under that category, they probably just brush it off and forget about it because it’s bound to happen due to their profession. If everything was truly just some weird misunderstanding, just try to ignore what happened and don’t do it again. I’m sure you’ll be fine.